That was the forecast predicted by meteorologist, Tom Sater, on September 11, 2001. At seven months pregnant, I clicked off the news, grabbed my briefcase, and then headed out the door.

Who would’ve thought an ideal day would suddenly change so drastically? That 2,977 innocent lives would be tragically lost in a brazen terrorist attack on the United States of America?

Before I arrived in my office, I heard the report of an airplane having crashed into the North Tower of New York City’s World Trade Center. When I walked passed security and through the doors to my office, I found my colleagues glued to the conference room television, watching a live scene of the burning high rise. It sounded like they were debating about what had actually happened. I was clueless that within the 15 minutes it took for me to get off the bus and into my office, a second plane had zoomed into the South Tower.

That particular day, fourteen years ago, I recalled the most urgent matter on my “to do” list was to get my workstation up and running again. I settled at my desk for what began as a normal trouble-shooting teleconference with tech support. Within minutes, a howling shriek erupted.

“Oh my God!” The female voice exclaimed. “A plane just crashed into the Pentagon. Oh my God, Oh my God! The Pentagon has been hit!”

My head swirled. The experience was already surreal and I needed for her to stop it. I commanded her to stop until she had verifiable details.

“I’m looking right at it,” she yelled!

A composed male voice streamed through the line. “My wife works at the Pentagon. I’m calling her.”

Our confirmation came as the now panic-stricken male voice screamed for his wife to exit building, “Get outta there! Now!”

I hustled from my desk and scurried toward the conference room, only to be met by a throng of confused employees racing down the hallway. We weren’t ambushed in the Twin Towers; nor were we trapped in the Pentagon. I can’t begin to imagine what these front-line individuals might’ve gone through. I just know that the effects are still rippling through thousands of people who are trying to make sense of this horrific act of violence.

In the District, all telephone communication was shut down. Even worse, no transportation was allowed into the city. Stranded and pregnant, I mentally prepared for my 40 mile hike out of the city.

Chaos, Indecision, Turmoil … It was an unfathomable tragedy for sure.

But something else happened that day.

Brave passengers sacrificed their lives in order to derail a 3rd plane from supposedly blasting into the Capitol or the White House. They helped save thousands of lives. Our emergency response teams—firefighters, police officers—boldly stood in the line of duty. Our military men and women answered the call to protect and serve  . Churches worshipped and prayed together, despite denominations. Community leaders rose up to offer guidance. Assistance was seen throughout our nation, and everyday citizens helped each other to stay calm, be safe. For a time, we were galvanized, united as one people. On that day, amidst the worst of events, I witnessed the best of humanity.

Today we are challenged by more recent homegrown events that seek to divide us. So, as we commemorate 911; let us also remember the Spirit that unites us. 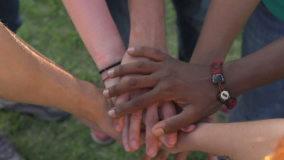 “For he himself is our peace, who has made the two groups one and has destroyed the barrier, the dividing wall of hostility.” Ephesians 2:14

Receive email updates when the site is updated!